​Oscar Alcantara – Executive Board, Board President

Oscar Alcantara is honored to be serving his sixth year on the Board of YCT.
​
Oscar is Managing Director and in-house counsel at Andersen Global. He has been practicing trademark, marketing and international law for 26 years.

Oscar has also directed choral ensembles for 35 years, having served as Musical Director of the Harvard-Radcliffe Veritones, Chicago’s Lakeshore Jive and The Sheridan Singers, and Interim Conductor of YCT.

​His vocal arrangements have been performed by dozens of ensembles throughout the country, including The University of Michigan Men’s Glee Club; and The Harvard Glee Club Lite. Oscar has also been heavily involved in musical theater productions, including as librettist and lyricist for the Hasty Pudding Theatricals. His book and lyrics for the Pudding’s production of Saint Misbehavin’ (1988) were recognized with the First Place Award for University Musicals by Broadcast Music Incorporated (BMI).

​Oscar has served on the boards of the American A Cappella Alliance, the Harvard Glee Club Foundation and is a voting member of the National Academy for the Recording Arts and Sciences (the Grammy Association).

Tom Beck is a community leader from Skokie, Illinois.

Melissa Corley is a community leader from Winnetka, Illinois.

Sara Greenstein is a community leader from Winnetka, Illinois. She has two children enrolled in YCT classes.

Bryan Hales is a community leader from Winnetka, Illinois. His daughter is enrolled in YCT.

Martha is Corporate Controller at Trim-Tex, Inc, a manufacturing company  in Lincolnwood .  She and her husband Jeff met singing in a choir in Grand Rapids, Michigan.  They are the parents of two boys.  James, their younger son, is an alumnus of YCT and recently graduated from Westminster Choir College, in Princeton, New Jersey where he was a music theory and composition major.  James will credit YCT as a major influence in his desire to pursue a career in music.  YCT will perform one of James’ arrangements at their March 2018 Professional Concert.   Martha and Jeff sang with the Northwestern University Chorus for twenty-two years  and currently sing with The North Shore Choral Society.  Martha also sings in the choir at Ss. Faith Hope and Charity Catholic Church in Winnetka.

Martha feels that being Treasurer of YCT is one way to give back and to ensure that other children have the same quality vocal education that her son received while a member of YCT.
​
Originally from Michigan, Martha and Jeff moved to the Chicago area in 1991 and settled in Wilmette.  Martha holds a Bachelor’s of Business Administration and a MBA from Grand Valley State University in Grand Rapids Michigan. 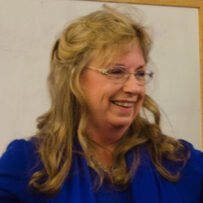 Previously, Linda taught Lower School Music at Colorado Academy in Englewood, Colorado.  She also founded and conducted the Classic Children’s Chorale in Evanston from 1979-1983, and has sung with Coriolis, a chamber a cappella group, since 1986.
​
Linda has been a YCT Board member since 2007 and is a strong advocate of music education, especially singing, for all children of all ages. 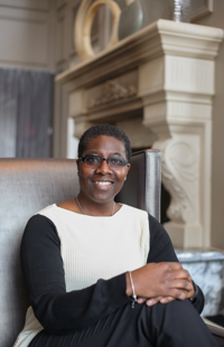 Moreover, while building a client base spanning the national and international markets, Ms. Maye, created basketball camps and tours for professional athletes to showcase their talents for international basketball scouts. She successfully negotiated sponsorships from corporate sponsors, like NIKE and New Balance.
​
With devotion for developing talent, Monique is currently a Professor at Columbia College Chicago teaching in the Business and Entrepreneurship Department, developing Undergraduate and Graduate courses in sports management, talent management, law, entrepreneurship and marketing.

Katherine Solverson is a community leader from Evanston, Illinois. She has three children enrolled in YCT classes. 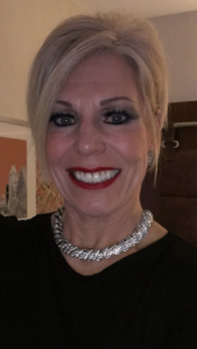 Laura Tomačić is excited to be included as a recent addition this year to the YCT Board of Directors.

A native Chicagoan, she attended UIC and studied Marketing and Sociology.  Laura was the Director of Programs at the Executives’ Club of Chicago and led Trade and Investment Missions to Paris, Brussels, Berlin, and Prague.

In her spare time, Laura enjoys participating in the Kenilworth Fireside Book Club and the Lincolnwood Library Book Club.  As music and theatre are her passions, you can often find her at the Lyric Opera, or other local venues enjoying musical theatre.

A keen fitness enthusiast, Laura believes in a healthy lifestyle which incorporates the daily practice of yoga. In order to share her knowledge of yoga with middle-schoolers, she is a volunteer at Wellness Day activities throughout the year in Lincolnwood School District #74.

​This season, Laura’s son, Anton, is thrilled to embark on his second year in the YCT Chamber Chorale under the direction of Ms. Amy Branahl.